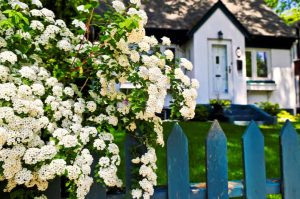 Shawinigan is a small city located about a half an hour northwest of Trois Rivieres in Quebec. Originally the site of a waterslide to send logs downstream to Trois-Rivieres, the nearby rapids also made it an attractive site for a hydroelectric installation. In 1899 Shawinigan Water & Power (SWP) built a dam and began the settlement. The ready availability of hydroelectric power attracted various industrial enterprises in the early 1900s and the town began the exponential growth of what became known as “The City of Electricity”.

More than 100 years after this boom, the city’s underground infrastructure began showing its age and the city officials decided to rehabilitate nearly a mile of laterals. They were quick to recognize the many advantages of Formadrain’s no-dig system of pipe rehabilitation and selected it for this work.

Like many cities, the portion of the lateral from the cleanout to the property line belongs to the homeowner. The municipality owns the portion from the main sewer to the property line. Because the Formadrain system is pulled in place from the household cleanouts, the City of Shawinigan saved an enormous amount of time and money in not having to dig access holes. Residents were very co-operative as allowing inspection from the access points inside their houses was infinitely preferable to having their lawns dug up. The homeowners also had the benefit of free inspection and cleaning of their portion of the lateral as well as the opportunity to have it lined at a cost subsidized by the City.

Relining the laterals from the houses did limit the work schedule somewhat. Unlike lining city mains, the work could not be performed from very early in the morning until late at night. Because of the restricted hours, no more than seven or eight laterals could be inspected and cleaned in a day. With more than 60 laterals to inspect and clean, many of which were relined, and all in a remote location, scheduling and time management had to be very precise.

A big part of the time management process was the use of Formadrain’s proprietary Durapox, a resin with a 60-day open time. Using Durapox allowed the liners to be prepared in advance and stored without the use of a refrigerated truck. This gave the installers much greater flexibility. Durapox also provided significant cost savings through zero waste.

The entire project took less than three months with crews working every other week, and it was completed to the entire satisfaction of the customer.

To find out more about becoming a Formadrain licensee, contact Bruce Stevenson, Business Development Manager, at 1-888-337-6764 or email Bruce@formadrain.com

Get Your FREE Information Pack

Simply fill out the form and you will receive an email shortly with the Free Info Pack.
Click Here

Although none of the Formadrain team has shown any symptoms of having been infected with the COVID-19 virus, we are keeping our responsibility to our customers and staff at top of mind.

We take the health and safety of our employees very seriously and have implemented the Government of Quebec recommendations for the containment of this virus, including the following steps:

Other internal measures to monitor and minimize risk of infection from outside sources such as suppliers and other members of the supply chain are being taken.

We will continue to monitor the situation and will immediately implement any additional measures recommended by the Government of Quebec and the US Center for Disease Control and Prevention.